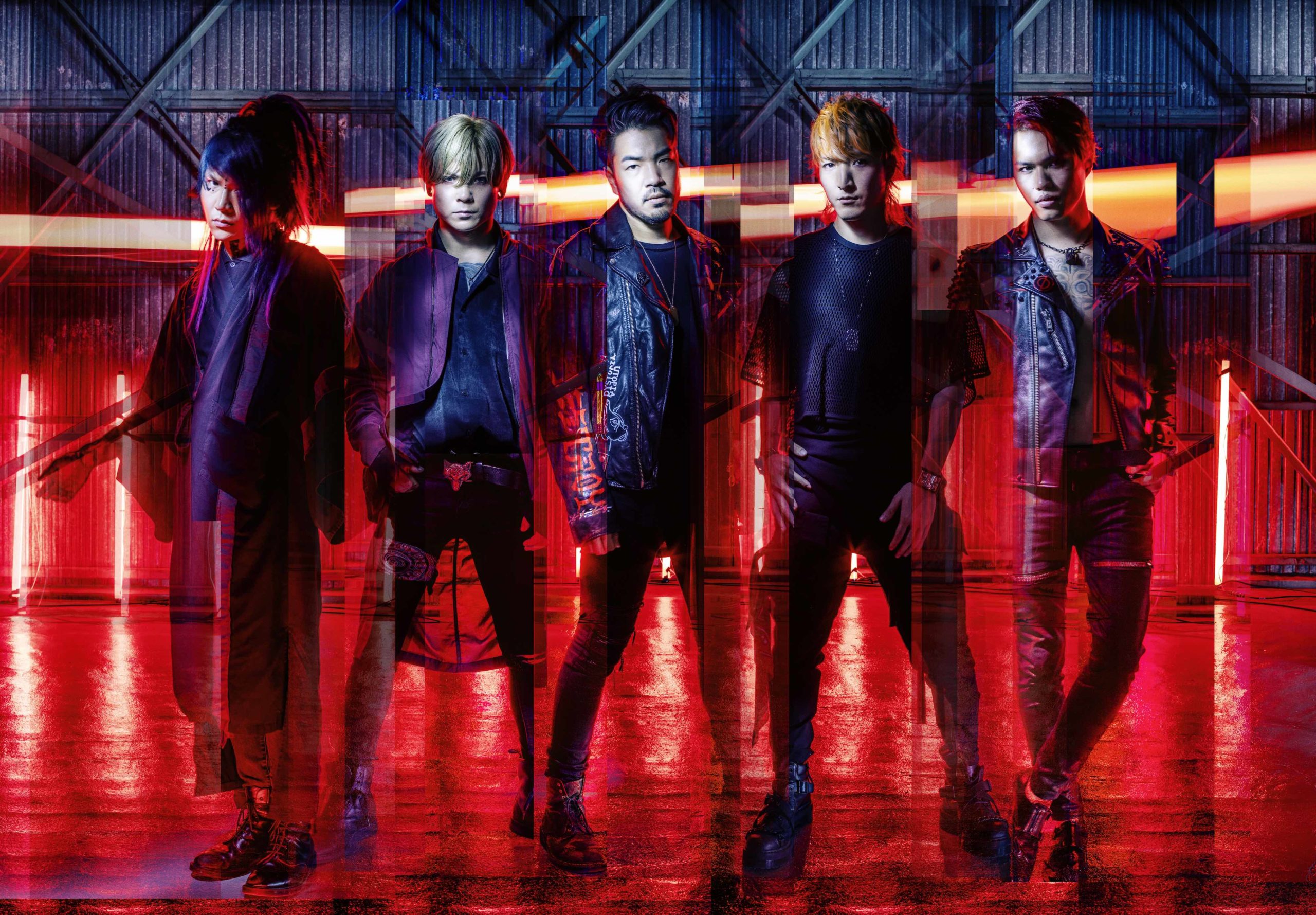 Crossfaith (クロスフェイス) is a Japanese heavy metal band from Osaka that was formed in 2006. The band released their first demo Blueprint of Reconstruction in 2008. The band consists of vocalist Kenta Koie, guitarist Kazuki Takemura, Hiroki Ikegawa on bass guitar, drummer Tatsuya Amano and Terufumi Tamano on keyboards. They are characterized by a fusion of metal and hardcore with dubstep and other forms of electronic music, and for their intense live performances. They released their first studio album, The Artificial Theory for the Dramatic Beauty, through Zestone Records in 2009, and their second studio album The Dream, the Space in 2011 through Tragic Hero Records. Crossfaith then released their first EP Zion in September 2012, this acted as a promotional release to countries outside Japan.

MAN WITH A MISSION

In the year 19XX the earth was engulfed in war. Nation pitted against nation, human against human. Every living thing on the planet was locked in a chaotic battle to acquire each other’s wealth and power. In the meantime, in the farthest away land of "Ladyland" there lived a genius biologist named Dr. Jimi (hobby: guitar) who was about to conclude a mad science experiment for a pack of superior creatures that would be called MAN WITH A MISSION (MWAM). Are they human? Are they wolves? Their looks may be deceiving and even comical at first glance, but they have incredible brain power and a superhuman physique. Such superb abilities enabled them to carry out the planet’s most challenging top secret missions, and made them untouchable by the world’s fearsome and powerful leaders including Genghis Khan, Attila the Hun, and Ivan the Terrible. The principality of Zeon had them work in the dark shadows of history in various locations around the world. Dr. Jimi was plagued by guilt and regret that his creations had contributed to some of the most evil deeds in history and decided to put an end to it. He wanted to ensure that they wouldn't fall under the spell of evil again and so he froze them into eternal sleep in a far edge of the world. Time passed by and it was now the year of 2010. The planet had gone through worldwide economic crisis, numerous political and social tensions across borders, and was slowly being destroyed by pollution induced global warming. The warming and deterioration of the planet then melted the icy caskets that Dr. Jimi had jeopardized his life for. MWAM awoke from eternal sleep! Are they working for justice for this world, or are they nothing else but evil?