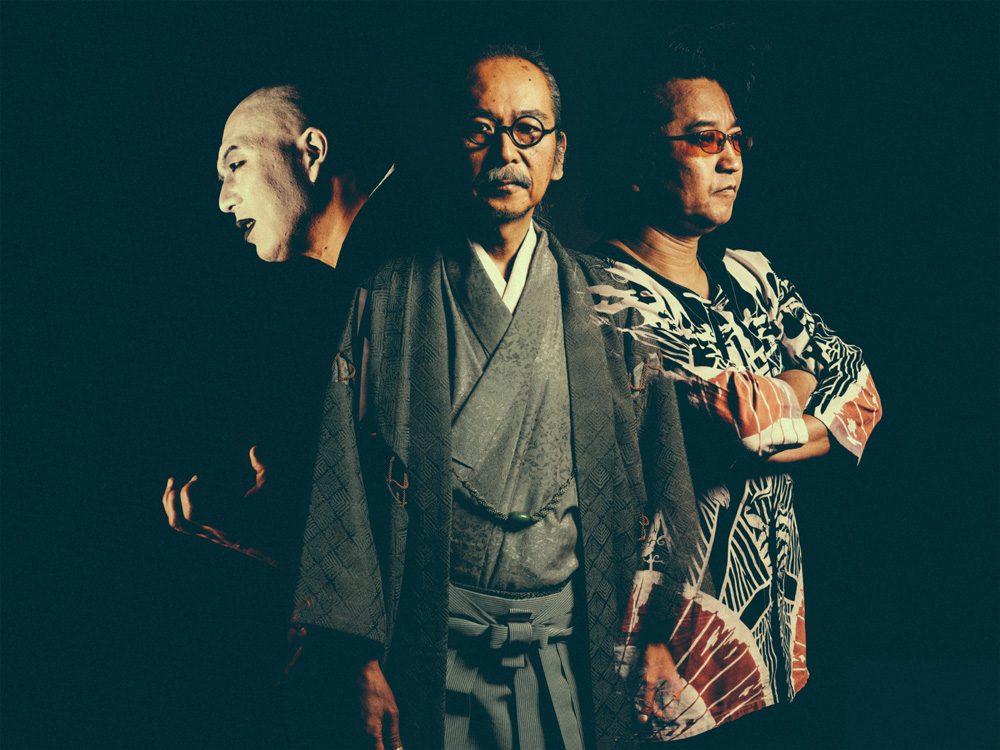 The Japanese hardrock-band Ningen Isu is coming for their first time on Europe tour. They will play three shows for you.

Some Information about the Band:
The translation of their name is "The Human Chair".
In 1987, the band was formed by Shinji Wajima (Guitar & Vocals) and Kenichi Suzuki (Bass & Vocals), who were classmates in the same high school in Aomori Prefecture in the northern area of Japan.

In 1990, they did their major debut with their first album “Ningen Shikkaku (No Longer Human)”.
After that, while they came and went between some indie and major labels, they showed their very unique view of the world based on a fusion of heavy metal music, Japanese literature and folk culture of Aomori.
After some replacement of drummers, Nob Nakajima (Drums & Vocals) joined the band in 2004.
In 2013 and 2015 respectively, they participated in the “OZZFEST JAPAN”, a rock festival organized by Ozzy Osbourne.

In 2019, their 30th anniversary year, they released their 21st album “Shin Seinenn (New Youth)” this past June.