Home » Six things you should do to face the Novel Coronavirus! 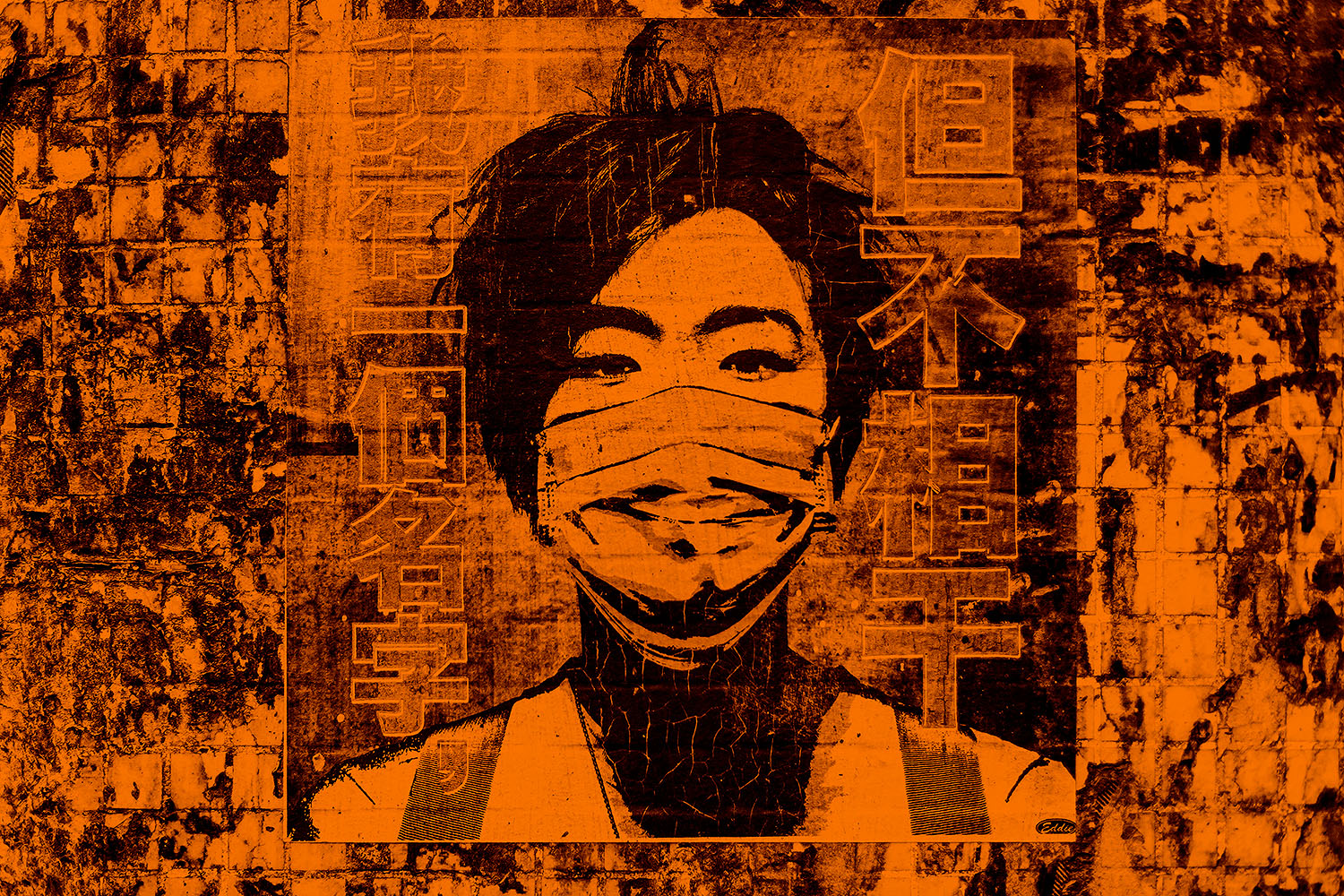 Six things you should do to face the Novel Coronavirus!

The novel coronavirus is spreading within communities worldwide. We have to face the sad truth: SARS-CoV-2 is a pandemic, we can’t stop that from happening any more. What we can and need to do is steering the middle course between panicking and downplaying the severeness of the crisis.

Our goal now has to be preventing as many new transmissions as possible. By doing so, we are ›flattening the curve‹ as I already explained in the first part of this article series. We might still have a huge amount of cases until the pandemic is over, but our health systems can bear the pressure and give everyone the help they need as this graph illustrates:

Illustration by Toby Morris for The Spinoff. Source: Wikimedia

I remember when the panic started to seep into my bones. Following the timely alertness of my Hong Kong bubble, I was properly prepared before the public attention for the novel coronavirus had reached Japan. My supply on face masks and disinfections was secured and I had adapted to a new daily routine.

But from one day to the next, all stocks of necessities to battle the at that time epidemic had vanished from the shop shelves. This was the moment it hit me. It felt like a switch was turned from rational mode to worry mode. Even though I knew, I was set, something in the atmosphere in Japan had changed.

In addition to that, Chinese New Year had just started and due to the delay of the Chinese government to make the outbreak public, millions of Chinese tourists traveled to their hometowns and all over the world. Contradicting the seriousness of the virus, many of my fellow Chinese students at language school seemed not to worry at all at that point.

What helped me to get and stay sober-minded, was absorbing lots and lots of news and media responses. Not so much the panicking, but the informing ones. Sharing the gained knowledge helped as well. I talked a lot with my friends and family. And now, I am continuing the exchange through this series with the wish it may help you too.

Six things you need to do to face the Novel Coronavirus crisis:

As mentioned before, I am neither a medical professional nor am I trained in crisis management. But I rely on professional sources and communicate what I know with utmost due diligence.

Really, don’t lose your head over this. We need to take the virus SARS-CoV-2 and the disease COVID-19 serious, that is no question. But educate yourself and follow reason instead of panic in your decision making. Panic creates chaos and is a danger in itself as it leads to further problems. Take a deep breath and look at the facts.

It should go without saying that you need to differentiate between sources. But when you pick up a worrying rumor on Facebook, for example, verify it with a professional source. Listen to authorities, sometimes more the scientific ones, than political leaders.

If someone tells you, the novel coronavirus will »miraculously disappear in April« like Trump did, know that the infection rate could slow down, but the virus is still going to be there. There is a difference between calming down a nation and ignoring facts like the Iranian deputy health minister proved when appearing on television with obvious symptoms of having contracted the virus himself. And don’t believe stuff like it is possible to steam masks for re-using them, which the Hong Kong politician and chairwoman of the parliament’s Panel on Health Services, Ann Chiang, suggested.

There are many good professionals speaking about the pandemic in podcasts and news outlets. Send me a message if you’d like some recommendations in English and German, I’m compiling a list.

2. Think and act for the community, not only for yourself.

Being on alert is not only for your own sake. It’s good when you feel safe for yourself because you are young and healthy. But consider the elderly man sitting next to you on the train. Or the young woman on the other side, who might be fighting cancer. Many people around us, including in our immediate families and social circles, are more vulnerable.

Also remember, some countries have good and prepared health systems. But others aren’t that lucky. When we speak about the most vulnerable, we should take into account that it does not only include our grandparents, but the less fortunate all over the world.

Every measure we take as a community slows down the natural course of a pandemic. We might not be able to stop the spreading of SARS-CoV-2 completely. But slowing down the process means that our health systems can take better care of patients.

Look at the death rate for COVID-19, for example. It is much higher for Wuhan than any other place because too many people were in need and not everyone could receive the necessary help. Some parts of Italy are currently facing a similar situation. And this isn’t a ›Chinese‹ or an ›Italian‹ problem. Test kits and hospital beds in infectious disease units are limited everywhere in the world.

Come on, just don’t! But here are some facts against the racist slurs and deeds against Chinese and Asians all over the world.

Instead of blindly discriminating against Chinese and others, how about we open our eyes to actual issues we should address. When it comes to China, let’s talk about human rights violations. Let’s oppose the criminalization of medics and journalists who reported on the novel coronavirus as well as the general refusal of freedom of speech and opinion. Let’s not forget the delays and cover-ups that allowed the outbreak to become so wide-spread.

Let’s ask the WHO, why it is full of glory for how well China behaves now while ignoring the other side of the truth. Then, let’s go further and speak up against concentration camps imprisoning millions of people in East Turkistan, the oppression in Tibet and Hong Kong, the way China takes more and more control over the world through its Belt and Road initiative, how almost the whole world denies the sovereignty of Taiwan, a completely independent nation, because they are afraid to stand up against China, and so on.

Let’s return to the novel coronavirus. Remember how viruses are transmitted: Virions (virus particles) are very small but heavy. They are not airborne and thus rely on us spreading them through droplets and contact. This is a good thing. Because even though the novel coronavirus is quite contagious, very basic measures are effective to decrease the risk of infection.

Now comes a part you’ll love: Be good to yourself! When you are happy and healthy, your body is much stronger to fight infections. Take these crazy times as an opportunity to treat yourself.

To conclude these tips, let’s get back to the question if you should wear a mask or not. The answer depends on these aspects: Are you sick or not? Where do you live? Do you know, which mask is the right one? And how to wear it?

Quick 101 on the three types of face masks I just mentioned:

Type one can filter house dust and pollen, but no tiny particles such as mold, bacteria, or viruses. These include washable cotton masks, DIY models, one- or two-layered masks that look like surgical masks, as well as PITTA masks, which are made out of foam material. All these are cool when you are allergic or interested in a fashionable look, but that’s pretty much it.

Surgical masks and similar products are the second kinds of masks. They have three (or sometimes four) layers with different functions: The outer layer filters large particles and is water-repellent, designed to block fluids like blood and sweat from entering the mask. The inner layer absorbs moisture, meaning the wearer’s sweat as well as the droplets they breathe, sneeze, or cough out. Between those two is a layer (or more) made out of denser filter material that filters smaller particles like virions and bacteria germs out of the air. Many face masks sold in Asian stores work the same way, but be careful and check the package as some only filter dust and pollen.

Medics treating patients with viruses wear respirator masks with an N95 or FFP safety rating. These masks create a facial seal between the respirator (breathing device) and the face. They filter at least 95% of small, airborne particles—when worn correctly: Beards and gaps at the sides render respirators ineffective. Therefore, these masks need proper training to use them.

These respirators are part of the PPE (personal protective gear) of medics working on the frontlines against a virus. ›N95‹ is an American standard so named because their microfibres block at least 95% of small, airborne particles. ›FFP‹ is the European standard and short for ›Filtering Face Piece‹. FFP masks come in three levels of filter grade with ›FFP-1‹ offering the least protection and ›FFP-3‹ the most. FFP-2 is the equivalent of N95 and are used by medical staff.

That’s all a lot at once. But keeping the key measures in mind will quickly become routine, believe me.

Let’s be kind to ourselves and each other! We can face the novel coronavirus pandemic together! 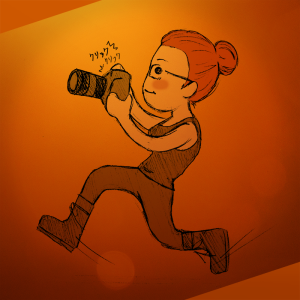 Head of EN.CORE ROCKS and devoted multitalented creative. She is set out to connect artists, fans, and media. Next to being a music addictive, she explores the contemporary as well as traditional culture of Japan in particular. [Avatar drawn by TatsueLi.]
PrevPreviousWhat are SARS-CoV-2 and COVID-19?
NextMIYAVI, MUCC, and DIR EN GREY in your home!Next 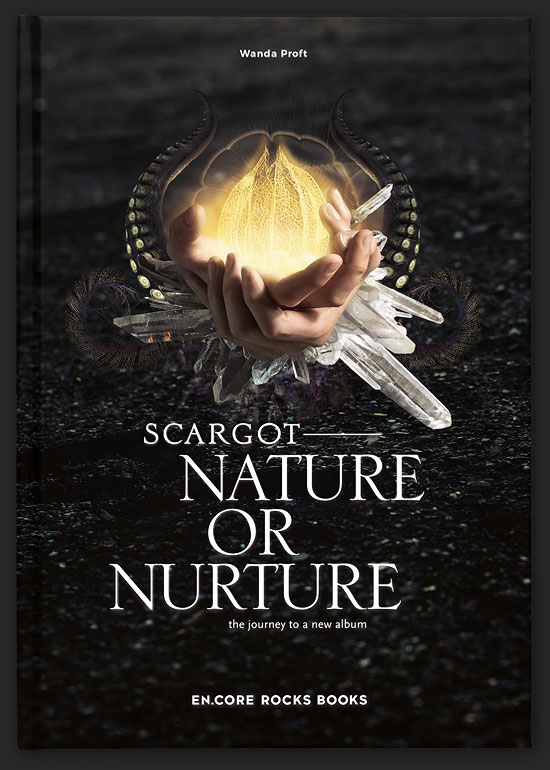